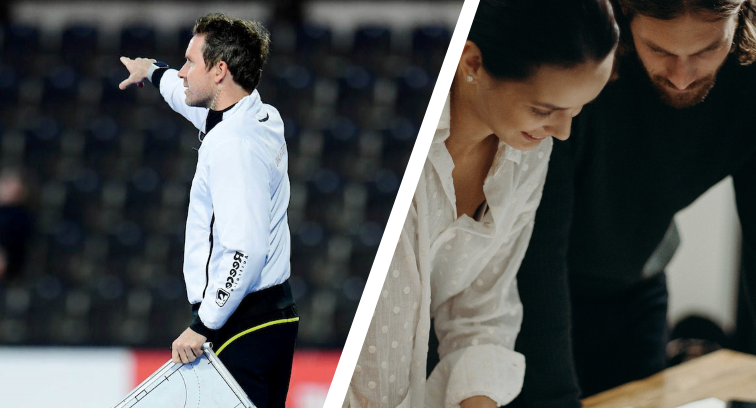 The times when coaches in top-level sport tried to lead and motivate their players by pressing stopwatches and giving impulsive speeches in the dressing room are long gone. The leadership role and the understanding of leadership of contemporary coaches have changed fundamentally.

In competitive sport, the concrete distribution of roles is completely self-evident. No team lines up randomly on the pitch. Let’s think of soccer: the line-up of the players is crucial because each position is so clearly defined that it provides a framework for action. The aim is to be prepared for every possibility. Who ultimately takes the position of the striker or the position of midfielder depends on factors such as athletic performance or speed. However, in the corporate world, role clarity is often less pronounced. Role ambiguity then leads to (coordination) problems and efficiency losses. For example, several employees feel responsible for the same sub-step and work parallel to each other. A lack of role clarity also increases the risk of undiscovered position gaps, so that important work steps are neglected, which harms the team result. The division into team roles and the associated role clarity aims to avoid this. It is important to create a demarcation between team roles and occupation because it is not about who is responsible for marketing or who is an accountant. Rather, it is group dynamic specifics that are crucial here. Team roles are not assigned arbitrarily but based on one’s own value structures and preferences. Who prefers to network and communicate with the outside world? Who likes to coordinate team processes?

We advocate taking a moment at the beginning of each project to think about this together: Who is actually taking on what?

Sports and the corporate world have one thing in common – they both work toward a goal and want to achieve positive results. But competitive sports often do one thing better: they have an understanding of what it takes to be successful. That’s why it prepares for every attack with the help of positional logic and doesn’t allow any open flanks.

In the corporate world, we are used to acting in processes. Processes are useful for completing tasks that have a specific sequence, such as incoming goods inspection. However, they can severely impair the flow of work, especially when proactive thinking is needed.

In the world of competitive sports, theoretically, thousands of attack formations are possible; defining them all in processes would be impossible. Therefore, sports teams are “forced” to think in principles in order to cope with different attack formations. In a dynamic world like competitive sports, principles are essential because they give players the freedom to decide individually and based on the situation whether it is better to pass the ball to the right or to the left. This freedom of action offers the perfect combination of structure and flexibility and thus not only delivers better results, but also motivates employees to think actively and not just to work through the steps presented – a foundation for more agile and self-organized work processes. Ultimately, every manager should decide for themselves whether they prefer to have passive or active employees in their team.

In competitive sports, the constant collection and analysis of data such as speed, ball possession, and goal kicks are of great importance and are indispensable for generating a competitive advantage. Companies also strive to outperform their competitors. Traditionally, this is done with the help of key figures that originate from controlling, the wider financial system or the sales environment. In the team context, key figures on friction losses, the ability to operate interfaces, or the degree of action transfer are relevant. The ability of teams to deal with conflict can also be measured as part of potential analysis. The collected key figures provide the basis for acting in a goal-oriented manner in different types of teams because different tactics are required depending on the type of team.

The collection of this data alone, however, is not enough. It is up to the manager to interpret the data correctly and to understand which data is relevant to promote team development. Thus, the analyzed data is just as crucial of a supplement as controlling metrics to make better decisions and to add something “tangible” to the instinct. In other words, business intelligence for teams!

In developing the MONDAY.ROCKS diagnostic team tool, we were inspired by principles of competitive sports. It supports managers by recognizing team dynamics and behavioral patterns, continuously measuring team developments, uncovering success and failure factors, and offering appropriate solutions. A database coupled with appropriate expertise and observational acuity makes it possible to identify what is hidden and leverage success factors. It is not the software alone, it is an aid – a tool – that ultimately empowers leaders to lead and develop. 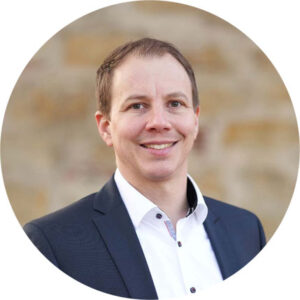